A cavalcade of boxing posters, from the MovieGoods website. 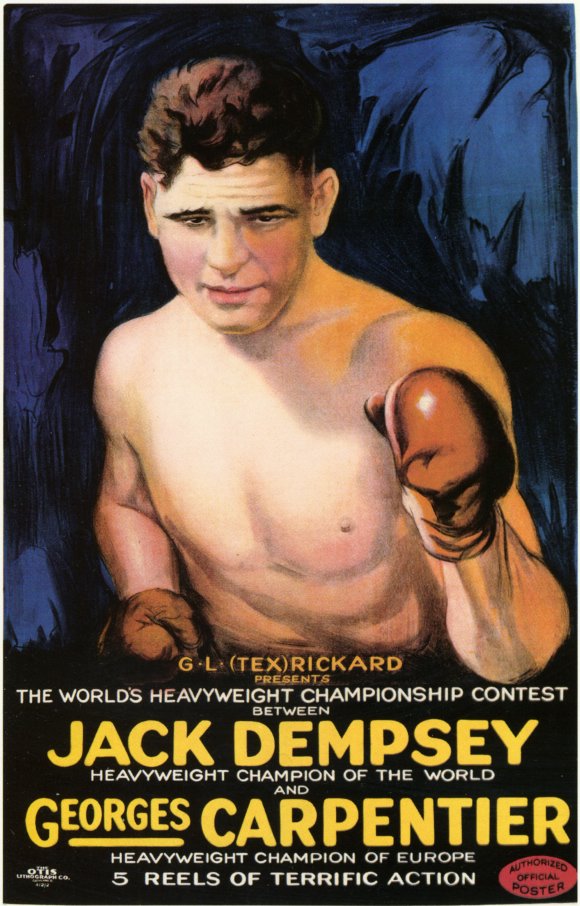 May sees the launch of King of the Outback, the sixth book in the popular Fightcard series – and my literary debut (writing as Jack Tunney). Accordingly, in a month long celebration, Permission to Kill will be looking back and some of the highlights – and lowlights – of boxing in film and literature – and in music too.

For an up-to-date direct connection with the Fightcard series check out the home page, or for you youngsters, you can follow the Facebook Fan Page. 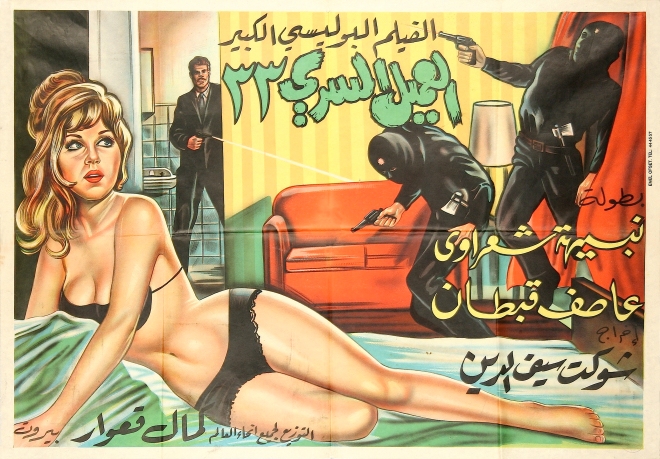 Here’s another amazing poster [click on image for a larger version] from the Chisholm Larssen Gallery. This is an Egyptian poster for a spy film — possibly from a Lebanese film called Secret Spy 33. I have done a quick search on IMDb but cannot confirm the film or its title. But none-the-less, even if it is actually from another film, the imagery encompasses all that’s good in spy films – debonair heroes who are crack shots, evil villains clad in black, and scantily clad damsels in distress. If I had to guess a date for this, I would suggest 1964/65 — post Goldfinger, simply based on the pose of the girl in the foreground. She seems to mimic Shirley Eaton in Goldfinger. 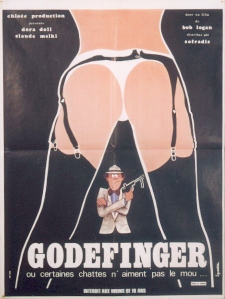 I actually don’t think this is a spy film, more of a smutty detective comedy, but clearly the title (and the imagery) is playing on Goldfinger and other spy films.

More vintage posters can be found at Chisholm Larssen Gallery.

Here’s another poster I found [click on image for larger view]. Once again, it’s another film I know nothing about. Consider these recent poster images as a visual ‘things to do’ list. Having said that, simply because I have put the poster up on my blog is not an endorsement of the film. In fact on IMDb, Agent on Ice rates 3.6 out of 10 – so it is probably a turkey.

But I like the spy imagery – a man on the run in a trenchcoat – and a bloody big gun. The gun seems more befitting for Dirty Harry than a spy, but it still is a striking image.

Here’s a another striking spy poster for the Romanian spy thriller Maiorui si moartea (The Major and Death) click on image for larger view. Of course, I have never seen the film, and can find out little about it beyond in director and cast. The imagery used would suggest that it is a Romanian take on James Bond – the gun barrel motif is quite blatant – but that could be deceptive marketing too.

See the original (and many other great spy posters) at Terry Posters.

Below is the Film für Sie Nr.96/68  program from the Virtual History Film site – click on image for larger view.

The director, Alexandru Boiangu appeared to specialise in documentary and short film subjects, so I would guess that the film is a rather sparse affair – but none-the-less, it would be fascinating to watch this spy thriller from the other side of the Iron Curtain made at the peak of the Cold War.

The Major and Death

Also Known as: Assassination Attempt and The Eliminator

Don’t know too much about this one. I found this poster while scouring the net, and I liked the Dali-esque touches [click on image for larger view]. It was a Russian film, but it received a substantial international release (apparently it was released on video in Australia as The Eliminator). The stars were Curt Jurgens, Alain Delon and Evelyne Kraft (who I always remember as the scantily clad jungle girl in Mighty Peking Man (AKA: Goliathon).

The plot concerns a plan by the Nazis to assassinate Stalin, Roosevelt and Churchill.

Flash Poster of the day 5
Permission To Kill
Blog at WordPress.com.